Today's Roving Eye interview is with crime author Kerry Wilkinson. Kerry is one of the UK's most-successful self-published authors with sales of over 250,000 copies of his DS Jessica Daniel series. In February 2013, the fourth Jessica Daniel book, Think of the Children, became Amazon UK's no.1 Kindle pre-order. 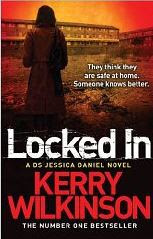 I never have, really. I still think of myself as a journalist and it's going to take a while to stop thinking that. Even when I'm writing, there are all sorts of other things I'd like to try. I think to just label yourself as a writer and decide that's what you're going to do for ever is a bit limiting.

Pure accident: it was just an idea that I had, so I started writing it.

I've probably only read half a dozen crime novels in my life. It's not really my thing. I watched Luther on a plane and really enjoyed it, so ended up watching it all from the beginning. Probably that, though I read a lot of comics, so if that counts then Sleeper by Ed Brubaker or Powers by Brian Bendis.

Probably Stan Lee. Nowadays, superheroes are cool and absolutely everywhere - but Stan was the man who came up with all of that stuff when it wasn't cool, alongside people like Jack Kirby and Steve Ditko. The first 130-odd Spider-Man comics are an incredible read. The pacing teaches you all you might ever want to know about long- and short-term plotting, regardless of what medium you're writing in. Writing twenty pages of comics to tell a singular story, while also writing an arc that can take years to unfold is a very skilful thing to do.

In year two at school, so I would have been six. We had to produce our own hardbacks. I made some mental pattern on a piece of cloth with a cut-up piece of potato and some paint. Some cardboard, sticky-back plastic and crude crayon writing later and it was ready. My mum's probably got it somewhere.

How do you balance your working life with your writing life? 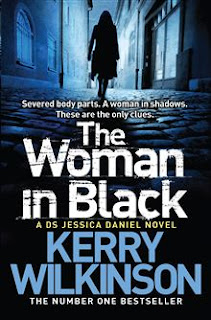 Well, that's the question I've been asking myself for two years, where I've been essentially doing two full-time jobs. For the most part, I just get on with it. I'm not easily distracted. I figure it out. Live could be worse.

Editing afterwards. When I'm done, I'd be happy never reading a word of it again. I want to get on with the next project.

Frank Turner's England Keep My Bones is an amazing album. I could listen to it all the time and not get bored. I'd have the Alan Partridge autobiography too. I've read it about a dozen times and it's still hilarious.

Having successfully navigated the world of self publishing, what advice would you give those thinking of treading the same path?

Being lucky is the first one. There's a lot to be said for being in the right place at the right time. Other than that, just write something you think is cool. If other people like it, then great. If not, then you've already won by doing something for yourself.

Stuff happens, then more stuff, then there's some fire.
Posted by Unknown at 05:37