Today's Roving Eye interview is with crime writer, David Mark. David spent more than 15 years as a journalist, including seven years as a crime reporter with The Yorkshire Post. Dark Winter is his first DS Aector McAvoy novel, and has been followed by his newly released ORIGINAL SKIN which is out now in all good book shops.

I’ve always written for a living. I’ve been a journalist since I was 17. I’ve wanted to write novels since I was tiny. I’ve written loads of books but only got good enough to
be published a couple of years ago. 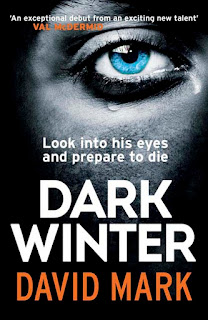 I’ve been obsessed with all kinds of story-telling for as long as I can remember but it was when I discovered the crime genre that I really discovered what a page-turner was all about. I’d just finished my umpteenth Famous Five story and was getting a bit sick of Julian and my nana suggested I try Agatha Christie. Death in the Clouds changed my life. There’s something about the structure of the crime novel that appeals. It’s got a very specific structure, which you can then improvise around. Essentially, you have aberration, then investigation, then redemption and restoration. From that basic spine you can do a lot. My own experiences as a journalist have rather dictated that as an author I gravitate towards crime, as that’s what I know a bit about, though I do think that crime fiction is a very broad church and that there are lots of sub-genres within it. I hope that if you took the crime element out of my work you would still have something that looked a little like literature. What I mean is, you can still write well and use a little poetry and insight when you’re writing about why somebody killed somebody else.
What crime novel would you most like to have written?

Ooh, you are clearly a bastard. Off the top of my head, I reckon The Ninth Life of Louis Drax by Liz Jensen as it is just a perfect piece of fiction. But there are so many books I admire, and it’s hard to separate the books you enjoy and consider your own underground discoveries, with those that have made a fortune and turned their creators into household names. I’d like to have written something that Cormac McCarthy wrote, because then I’d be as good as him. But I’m not, which sucks. 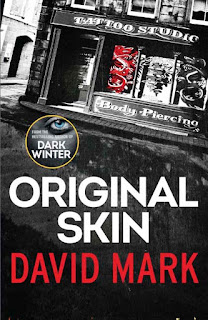 Probably Pat Barker. She just has a way of dragging me in to whatever world she is creating. Sebastian faulks has also left me truly breathless with the beauty of his writing. And I am proud to say I adore the escapist, populist and truly brilliant worlds of Terry Pratchett in terms of fantasy, and Bernard Cornwell in terms of historical action.

I used to do plays with my mam when I was little more than a toddler and when I had to go to bed I would carry on the games I had been playing with my toys earlier in the day, but using just my imagination and constructing a narrative as I was falling asleep. That was sort of just telling myself a story and I’ve never got out of the habit. I only discovered recently that I was weird. Thankfully, my kids have inherited the gene.

Spree killing? I really don’t know. I was an okay journalist but I hated it. I never really wanted to be anything other than a writer. I’d probably have become a jaded and cynical teacher. I was a decent boxer for a while and I could play the saxophone but really, my only skills were in describing what I could see, and coming up with stories people wanted to hear the end of. Come the zombie apocalypse I’m going to be no use at all.

Waiting. I am not a patient man, and my previous life in journalism ensured that I tended to get swift answers and immediate replies to my queries and feedback came within the hour. Nowadays I spend weeks and months waiting for news on whether my latest book is any good or foreign publishers are going to renew contracts or the like. There is always something about to happen that you can’t influence any more than you already have done. That’s hard to take when it feels like your whole life depends on the outcome.

The record would be The Man Comes Around by Johnny Cash. I’ve never heard a life so expertly transformed into music. The book? The Idiots’ Guide to Building a Boat Without Any Skills Whatsoever. If that isn’t a book, somebody should write it. Failing that, The Bible. I find it fascinating. I actually considered a degree in theology for a while. It’s a book people should read before forming an opinion on.

With the rise of ebooks and self publishing, what are your thoughts concerning the current state of the literary world?

We’re in pretty good shape but we have to be careful. I like the idea of self publishing as it does give people an outlet for their work when they have struggled to get a conventional deal. But sometimes that struggle has come about because the book is not particularly good. That’s certainly what happened to me. I felt there was a conspiracy against me for years, when in truth, I was just writing bad books. Things happened for me when I wrote something good. But I can only say that in hindsight. At the time, I thought publishing was old-fashioned, exclusive and elitist. I just hope readers prove themselves to be discerning and turn their nose up at stuff that isn’t great. Saying that, the top ten hardbacks usually make for depressing reading. How many cookbooks and comedian autobiographies do we actually need? Thank goodness for Hilary Mantell.

The secret world of pleasure-seeking is brought into the light – and somebody is ready to kill to keep their private life hidden.  Is that 20? If it’s more, tough.

And lastly, just for fun...
Have you read or would you ever consider reading 50 Shades of Grey?