Anya Lipska lives in London’s East End with her Polish husband, and is currently working on her third Kiszka and Kershaw book. When she isn’t scribbling she produces TV documentaries on science, arts and history subjects.

From as an early an age as I can recall, I adored stories and wanted to write my own. The irritating financial aspects of life didn’t dawn until much later, when every single adult I met seemed keen to tell me that writing novels was too insecure and uncertain, and that to earn a living from writing I’d need to train as a journalist. It was several decades before I wrote my first published novel and discovered that those pesky adults were right about the uncertainty of making a reliable living from fiction alone. Luckily, following their sensible advice, I had trained as a journalist first, which led into TV producing – still my parallel career and ‘day job’. 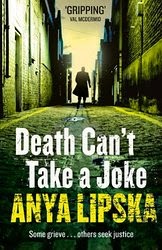 2 - What made you choose crime fiction?

I love mysteries in any form. I think a really good mystery gives a story is the engine that drives a novel forward. For me, crime novels are the purest form of solving a mystery in a satisfying way.

3 - What crime novel would you most like to have written?

One that’s not considered ‘genre crime’, but to me it’s most definitely a crime novel: The Name of the Rose by Umberto Eco. I do love a book that nourishes the brain and I learned so much about Church politics in the medieval period, the monastic life, even Greek philosophy, from it.

4 - Who is your favourite author outside of crime fiction and why?

Richard Ford. The mystery which he encapsulates so heart-rendingly is the mystery of the human heart. I consider The Sportswriter and Independence Day among the finest works of post war literature.

5 - Who are you reading right now?

Roumeli, one of Patrick Leigh Fermor’s books on his wanderings in rural Greece before and after the war. The style is antique but his evocation of a vanished way of life is as romantic as it is illuminating – I’ve just finished a chapter describing a wedding among mountain folk and was shocked to discover that arranged marriage, in which the two parties only meet on their wedding day was standard practice then – in Europe, and relatively recently in the scheme of things. 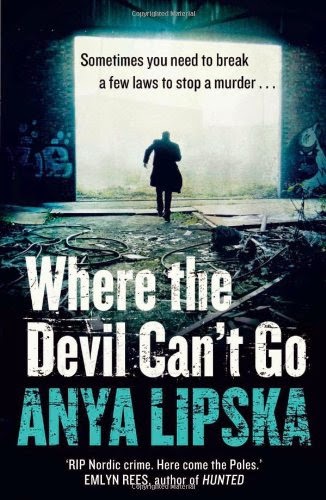 6 - If you weren’t a writer, what else could you see yourself doing?

I love cooking and I’d like nothing more than to sit around coming up with recipes and road testing them all day.

7 – What was the last great book that you read?

For me, Someone Else’s Skin by Sarah Hillary was the best debut in crime in 2014 and I expect great things of her next book, No Other Darkness, too.

8 - How do you feel about ebooks vs. print books and alternative vs. conventional publishing?

I welcome the democratisation of the publishing process while at the same time recognizing that the changes brought about by the new technology have hit publishers’ profits and with it, author advances... The ability to self publish is a good thing and way for different voices to be heard that might not make it through the giant obstacle course that is the route to being traditionally published. I don’t agree with the tenet that the really good work always gets noticed. It doesn’t. And frankly, lots of substandard work gets published that doesn’t deserve to be. Personally, I’ve found that that reading on Kindle only suits short-ish, less complex books. I gave up reading Wolf Hall as an ebook and ordered the p-book, because I found it too hard to keep track of progress and to flip back and forward to remind myself of key people and scenes.

Tedious, with bursts of creativity.

‘Life takes a terrifying turn for big-hearted rough diamond Janusz Kiszka, fixer to London’s Poles, when his girlfriend is kidnapped.’