Today's Roving Eye interview is with Anthony Neil Smith. Whose novels, amongst others, include the brilliant dark noir of Psychosomatic and Yellow Medicine.

Ever since I discovered that books were things you paid money for. The first book fair at our elementary school, when we got money to buy books that we didn't have to give back like the ones from the library. I had to be about 9 or 10. I guess I wanted to do other things, too--comic book artist, rock star, etc.--but I always came back around to writing.
Technically, I still don't write *for a living*. I teach at a university for the actual money. Writing is a glorified hobby. I would love to do it for a living.


I remember finding a Hardy Boys book where the boys were stuck in an airplane, headed for impact with the ocean, and I wanted to know what happened to them. That sense of danger and fear drew me in. And I ended up reading a lot of Hardy Boys, The Three Investigators, and then moved on to the classic adult P.I. books. There were Mike Shayne novels on my grandpa's bookshelf next to his westerns. I've been hooked on them ever since. The idea of an investigator just appeals to me. They figure out how someone got killed. All day long. 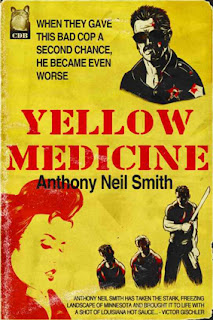 James Lee Burke's The Neon Rain. I was in college, trying to write about this Cajun detective I'd thought up when I was younger (I grew up on the Gulf Coast, near New Orleans), when I heard that there was already a Cajun detective series out there. So I looked it up. I was furious (and stupid, of course) and I loved it and I've read all of his books since then.

Outside of crime, I'm a big fan of Flannery O'Connor. She was able to write about religious concepts in an earthy way, back when I was "de-churching" myself from Pentecostalism, and that appealed to me, especially since they were delivered with vicious dark humor and weird stuff.


I've been "studying" bestselling crime writers, having a blast. Reading a lot of Daniel Silva, John Sandford and Stephen Hunter. Also, finally getting around to Jo Nesbo's PHANTOM.


Since I'm also a teacher and Chair of the English Department, I've got that one filled. But if it had nothing at all to do with academia or fiction...probably law. I would've gone to law school. 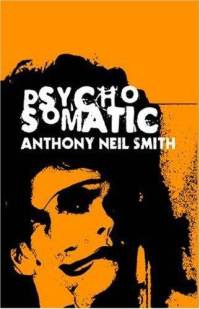 The record would be Lyle Lovett's ROAD TO ENSENADA. The book...that's harder. I need new stories, new books. I guess I'd have to go with the old stand-by THE BIBLE. Not because I'm religious, but because it's got *lots* of stories, many of them violent, full of sex, plus some far out shit like Jonah, Job, and Revelation. The fuck was that all about? Old Testament prophet stories are freaky.

Technically, the latest novel that has been published was ALL THE YOUNG WARRIORS: Two Somali-American teens join young terrorists in Somalia and get in over their heads. Everything goes to hell.

And, lastly, just for fun..


I haven't, but I would, sure. Nothing wrong with dirty, dirty books.