The Roving Eye is back! And today's interview is with crime author James Oswald. After self publishing his first two DI McLean novels, Natural Causes and The Book of Souls, James has gone on to become one of the UK's most celebrated new crime writers, being described as, 'Crime Fictions Next Big Thing' and 'The New Ian Rankin'. The fourth in the DI McLean series, Dead Men's Bones, is out later this year. 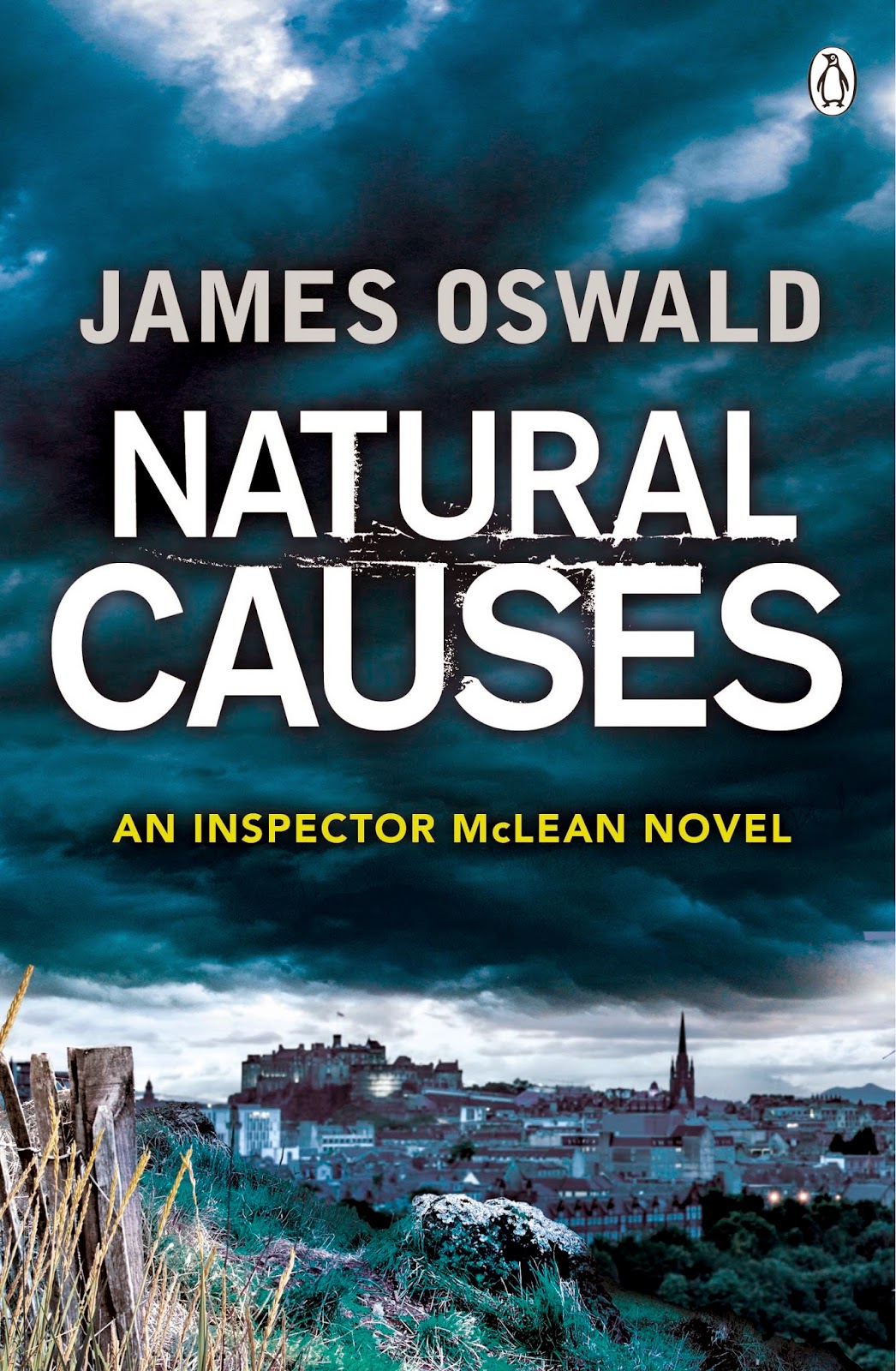 I’ve been telling tall tales since about the time I learned to speak, but I probably started thinking about it as a possible career in the early nineties. I was kicking around Aberdeen looking for a job after graduating from the university there. I’ve been a huge fan of comics since I could first read, and I remember going to a talk by Mark Millar and Grant Morrison in the Central Library. Someone asked a question about how you got started writing comics, and Mark said he’d just sent some scripts to 2000AD, one a day, until they gave in an published some. I went home and started writing Tharg’s Future Shock ideas, sending them off and getting lots of rejections. By the end of that year though, I’d had one published. I thought it would be a great way to make a living, but it’s taken me twenty years to get to the point where I could give up the day job. Ironically, I now have a day job I couldn’t easily give up even if I wanted to!

2 - What made you chose crime fiction?


Again whilst in Aberdeen, I got involved in a fanzine called From the Sublime… (that ellipsis is very important), which was all about fantasy, sf, RPGs, Manga, Anime and anything slightly weird. I met a young artist there by the name of Stuart MacBride. We collaborated on some stories and became good friends. We kept in touch when I moved away from Aberdeen, exchanging manuscripts and giving each other critiques. We both wrote fantasy in various guises at the time, then Stuart wrote Cold Granite, the first of the Logan McRae books. He passed on the advice that had been given to him - to stop writing fantasy and try a contemporary crime thriller.

I had a character - Tony McLean - who had first appeared in a supporting role in one of my early (unpublished) submissions to 2000AD, and again in a collaboration with Stuart. He was an Edinburgh based detective who had the unfortunate ability to see the weird stuff going on in the background that no one else could see. Because I’m inherently lazy, I’d used him in a couple of unpublished contemporary urban fantasy novels as well, and thought it was perhaps time to promote him to a starring role.
At that point, I knew very little about crime fiction. I’d read most of Ian Rankin’s books because my dad was a fan and I could nick them when he’d finished them. I’d read all of Stuart’s books, often several times as they went through various drafts. I’d also read RD Wingfield’s Frost books, and remembered reading Agatha Christie when I was young, The Hardy Boys when I was even younger. That formed the basis of my first attempt at writing crime fiction, which was a series of six short stories based around DI McLean. The fourth of these, Natural Causes, I extended into a novel of the same name.
3 - What crime novel would you most like to have written?
I’m really not sure I’d like to have written anyone else’s book. It’s hard enough writing my own.
4 - Who is your favourite author outside of crime fiction and why?
So many writers and you want just one? Oh, all right then. Terry Pratchett. He has such a splendidly sideways view of the world and is probably one of our greatest living satirists. There’s not many authors make me laugh out loud from time to time, but he’s one.
Interestingly, I find his books much easier to listen to as audiobooks these days. I’m not sure if that’s because he dictates them, or just that Stephen Briggs is a brilliant narrator. The structure of his books - no chapters, just lots and lots of sections stitched seamlessly together - means that to really get the story you need to read the whole thing in a sitting. Alas, I just don’t have the time for that kind of indulgence these days.
5 - Who are you reading right now? 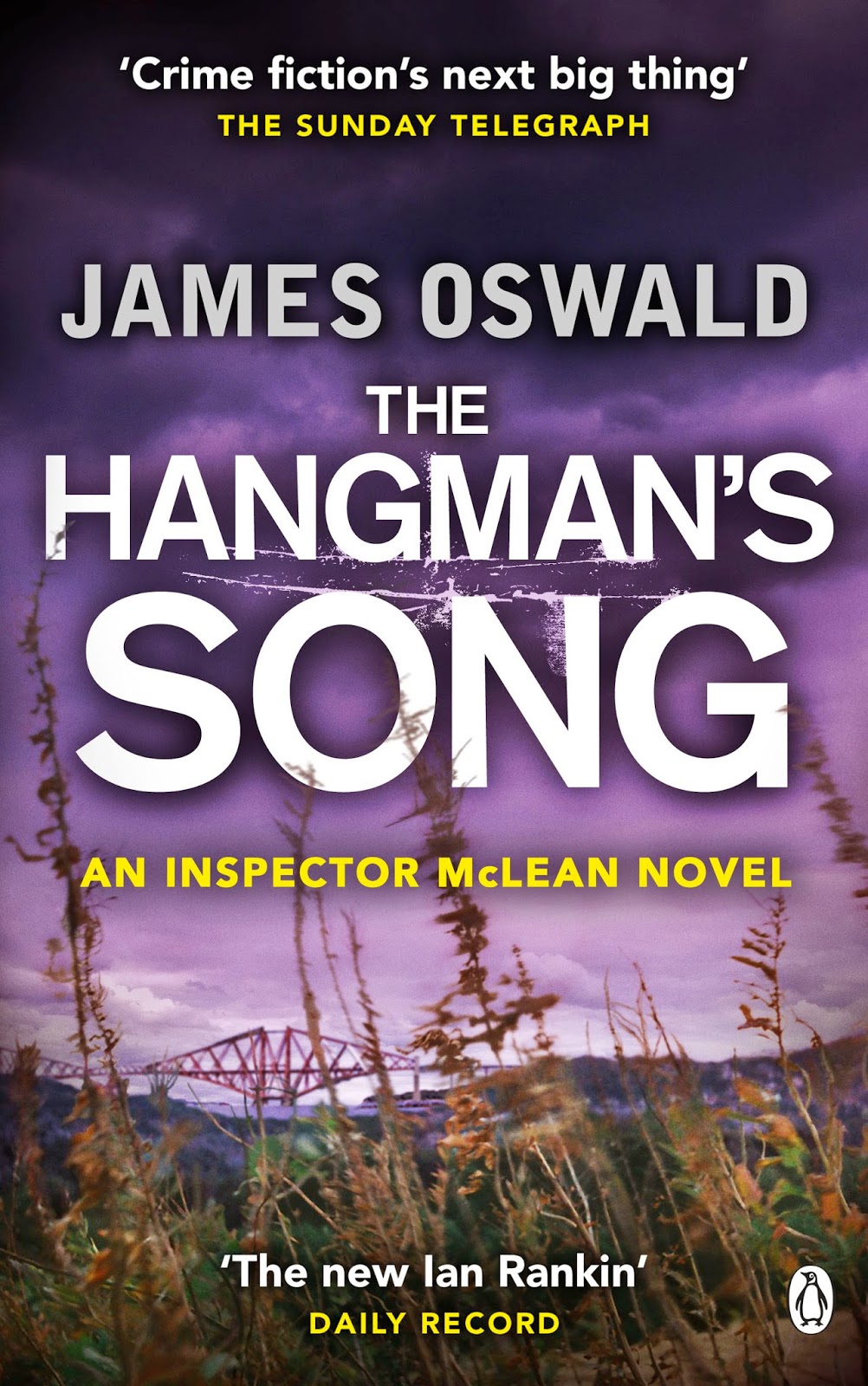 Craig Robertson’s new book, Last Refuge, set in the Faeroe Islands. I was sent a proof copy - it’s not out yet. It’s shaping up very well indeed. A nice murder mystery with a brilliantly realised setting and deftly painted characters.
6 - If you weren’t a writer, what else could you see yourself doing?
Well, in addition to the writing, I also run a livestock farm. So I guess that would be my other choice.
7 – What was the last great book that you read?
The Copper Promise by Jen Williams. It’s an old school fantasy - lots of adventure, lots of action, swords, magic and a dragon. Jen and I share an agent, and again I read this as an advance proof copy, but it’s still a wonderful book. It reminded me of the fantasy books I loved when I was young, and why I wanted to start writing in the first place.
8 - How do you feel about ebooks vs. print books and alternative vs. conventional publishing? 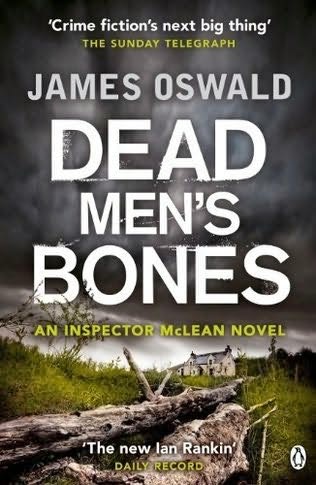 My big breakthrough came from self publishing my first two crime novels as ebooks, so I am of course in favour of them. On the other hand, I couldn’t wait to sign with a professional publisher. Self publishing properly takes an enormous amount of time and effort, which detracts from the writing. I always wanted to be a writer, not a publisher, editor, designer, web-monkey and marketer. That said, my books failed to find a publisher for a very long time as they were just a little too far from the established norm for either fantasy or crime. Self publishing allowed me to prove that there was an audience for that kind of story, and I am enormously grateful to Amazon and all the others for the opportunity they gave me.
You pose the question as this vs. that, but I really don’t see it that way. Ebooks won’t destroy print, but what they have done is made reading easier for a great many people. Self publishing has allowed niche interests to be catered for (sometimes rather unhealthily), and gives writers another means for their work to reach an audience beyond immediate friends and family. Yes, there is a lot of rubbish out there (some of it mine, no doubt), but the net effect is more books being read, which as a writer I have to say is a very good thing.

9 - What five words best describe your average day?
Feed cows, feed sheep, write.
10 - Sum up your latest novel in less than 20 words.
Investigating a series of seemingly unrelated hangings, DI McLean finds the truth too close to home for comfort.