Today's Roving Eye interview is with crime author Mark Sennen. Marks first novel 'Touch' was a number one best-seller on Amazon in the thrillers category and was in the top 100 best-selling ebooks for 2012, before being released in paperback in April 2013. His second novel, 'Bad Blood' will be published in ebook form in July and the paperback in September.
When did you first realise that you wanted to write for a living?

Too long ago! By which I mean I wanted to write for a living years back, but although I jotted down ideas and scenes and wrote the occasional short story I didn't put in the hard work necessary. I eventually managed to write a science fiction novel around fifteen years ago and submitted it to several agents. The rejections didn't exactly come flying in because back then agents were pretty slack - they took months to turn around a manuscript. When they eventually got back to me the answer each time was a 'no thanks'. It wasn't until two events - the beginning of the recession and the arrival of the Kindle and Amazon KDP - that I took up writing seriously again. The recession left me with plenty of free time (I was a freelance programmer) and Amazon provided a means to bypass those pesky gatekeepers who argue that they know what people want. Turns out they don't! 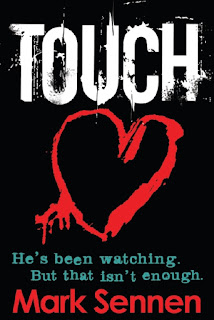 I had previously written a large chunk of a JJ Ballard type novel (and here I'm comparing the style, not the quality!) featuring a first person account of a serial killer. The story was, I thought at the time, an oh-so-clever examination of a deranged mind. It was also on reflection much too disturbing. What the killer needed was a foil, hence the gradual dawning on me that here was the germ of a conventional crime novel. Having read and liked authors such as Graham Hurley, John Harvey and Peter Robinson I knew the sub genre for me would be the police procedural. All I had to do was write the thing.

I'd have been proud to write the Faraday and Winter series (Graham Hurley). The story arc across the twelve books is beguiling and the depiction of Blair's broken Britain superlative. If you are looking for a standalone then I think Birdman by Mo Hayder was a brilliantly chilling and original book.

I'm a massive fan of Patrick O'Brian. His twenty book Aubrey–Maturin series set in the Napoleonic Wars is a long way from gritty present-day crime novels, but perhaps that's why I like it. I sail, so I love O'Brian's use of nautical terminology (he rarely provides any explanation of terms for the landlubber!) and I'm fascinated by the descriptions of the naval battles. The books also have a different pace from contemporary fiction, a pace I guess suited to the period they describe. 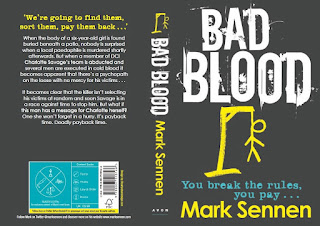 Back in primary school I can remember writing a story about some sort of war or apocalypse. The exact details are misty but I recall not being able to finish it in time. The result being that I tacked a line on the last paragraph which was something like 'we struggled on, knowing one day we would be free.' If I can't think of an ending for a book in the future I might try and sneak that one past my editor.

I love sailing, boats and the sea so something marine-based I guess.

There's two particular stages I hate. One is the three quarter's of the way through the first draft when I find I don't quite have enough plot to fill the book. I have to sit down and come up with something which at first seems totally alien to the story. Second is just the opposite when the first draft is complete and the story has grown too long. Then scenes which seem indispensable to the development of the plot have to be axed which is very painful.

Yessongs and the Bible. I'm not religious, but I figure there's a ton of plot ideas in the Bible. Yessongs is a couple of hours of the greatest prog rock band of them all(!) and I could while away many a day playing along with coconuts for drums and bits of bamboo for sticks.
With the rise of ebooks and self publishing, what are your thoughts concerning the current state of the literary world?

I think it's in a very good state. The entire industry is in a process of flux as the old guard struggle to accept the new paradigm, but the one relationship which matters - the one between reader and writer - is stronger than ever. Readers decide what they want to read and writers decide what they want to write. Publishers and agents might not like that... well tough. The better and more imaginative ones will survive. I think there's an issue about so-called "discoverability" - meaning finding stuff, but hey, you know what? - the answer to the problem is the same as it's always been and it doesn't involve signing up to Goodreads or trusting Amazon to show you relevant "also boughts". You just ask a friend the following simple question: "read any good books lately?"

I've been asked this exact question before, so I'll use the same answer: A thriller set in Devon with far more clotted blood than clotted cream; more scream tease than cream teas.

And, lastly, just for fun..
Have you read or would you ever consider reading 50 Shades of Grey?

I've read the sample (the bit you get for free on a Kindle). That was quite enough and I'm not talking from a prudish point of view.