Today's Roving Eye interview is with crime writer Alex Grecian. Alex is the author of the acclaimed Murder Squad novel 'The Yard' of which book two in the series, 'The Black Country' is out this month. Alex is also the author of the long-running and critically acclaimed comic book series Proof. The series stars John “Proof” Prufock, a special-agent-sasquatch. 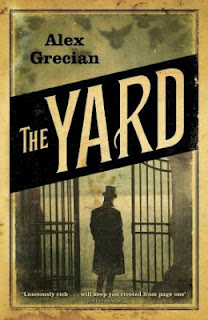 When I was a child, I wanted to be a veterinarian. To help animals. I’d read All Creatures Great and Small, the rest of those books, and that seemed like a pleasant and noble sort of occupation. My school had a program to help certain kids reach their career goals and they got a fetal pig for me to dissect.  I was probably twelve years old. But the pig had been improperly preserved. Its intestines had burst inside its body cavity and created this horrible mess. I spent six weeks trying to dig through pig shit to find and identify its organs, as the pig slowly decayed in the classroom. I finally gave up and started writing poetry and short stories. That set me on my course.

Is there another kind? All drama comes from conflict, and much of it comes from violence, from sin and crime. The thing I’m obsessed with, in all my writing, is the suddenness and meaninglessness of violence. When violence is visited on us, it’s usually without warning. There’s little we can learn from it. It just is. And that’s a hard thing to grapple with.

I don’t know if it qualifies as a crime novel, but I’d probably choose The Man In My Basement by Walter Mosley. I think it’s his best book, but among his most obscure. I’ve bought multiple copies and I hand them out to people. If not that, I guess I’d go with The Talented Mr Ripley. Highsmith’s themes are just so meaty.

Graham Greene, hands down. He was obsessed with many of the same themes I am, but his prose was gorgeous. His work is the benchmark I aspire to, and I named my son after him.

The first story I can actually remember writing was called “Don’t Ride the Subway Today, My Child.” I was probably twelve years old. This would have been right after the pig incident. I know I wrote lots of stuff, including cartoon strips and little comic books when I was younger than that, but they haven’t stuck in my memory the way “Don’t Ride the Subway…” has. It was about dinosaurs somehow running around subway tunnels in New York and, from the title, it was obviously pretty heavily influenced by Ray Bradbury’s short stories, which I would have been reading right around that time. Of course, I lived in the Midwest and had never even seen a subway. My father says he still has that story in a box somewhere in his basement, but I’m sure it’s absolutely awful stuff so I hope it never gets found.

Perhaps sleeping in a doorway somewhere. Or maybe a refrigerator box in an alley.

The writing part. Except on the days when it really flows, but those days are scarce. Most days I get up from my desk convinced that I’ll have to completely rewrite everything I’ve written that day. 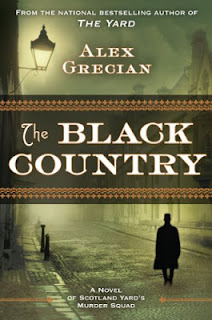 Today I’d take John Irving’s The World According to Garp and Lou Reed’s Transformer. Tomorrow I might choose something different.

With the rise of ebooks and self-publishing, what are your thoughts concerning the current state of the literary world?

Personally, I’m not a fan of ebooks. I like actual physical books, but anything that encourages people to read, that makes reading seem cool or more convenient, is a good thing, as far as I’m concerned. The only real downside is that there aren’t enough gatekeepers in place yet. Everybody in publishing seems to be worried, but everybody in publishing always seems to have been worried. People will always read and they’ll always need to be able to find new things to read without having to wade through a metric ton of amateurish crap. So I think there will continue to be publishers and editors and agents. Self-publishing is just too easy. Since anybody and everybody can “publish” their first awkward attempts, it can be hard to find the real quality stuff lurking out there.

A dark secret from the past devastates an entire Black Country village.

And, lastly, just for fun…

I have not. Really, I don’t have enough time to read the books I want to read, or should read. And 50 Shades of Grey may be a perfectly wonderful book (and I’m glad so many people seem to have enjoyed it), but it clearly wasn’t written for me so I don’t know that I’d get much out of the experience.
Posted by Unknown at 01:57